Sorry it has been a while, I always mean to keep this blog updated but I feel the things I should be talking about have to be more important than me, something that can make an impact or highlight key issues or an experience that has helped me grow that can in turn help someone else grow.

With Covid-19 taking over the world there has been also other extremely important social movements that have come to the forefront of people’s mind and ultimately when it comes to 2020, I think some people will come out on the right side of history and others well…

On Wednesday 26 May,  I arranged to meet my friend Tara who runs a company called Opal Arts and Edutainment that celebrates black excellence across the Midlands. Tara contacted me because she was working on a project and she know that my maternal grandfather was an activist for the rights of people of colour in the 60’s and 70’s and had connections with various people and organisations. We have also inherited a lot of newspaper cuttings and documents related to his journey and fight to end racism and demand equality.

As the momentum of Black Lives Matter started to pick up during the days after this meeting, the fire in me had already been ignited after reading through my grandfather’s literature and I contacted Tara to see if we can organise a vigil in Leicester to stand in solidarity with the black communities across the world but to also demand justice and change so no more lives are lost especially because of the colour of their skin.

The was held on Monday 8 June at Victoria Park, Leicester the event itself had an amazing turn out we hear rumours of 500-1000 people, all taking the knee to request justice. I was incredibly nervous speaking on the day but I felt it was important for me to highlight that my grandad was fighting this battle 51 years ago and I was really sad to be standing there 51 years later demanding the same changes. 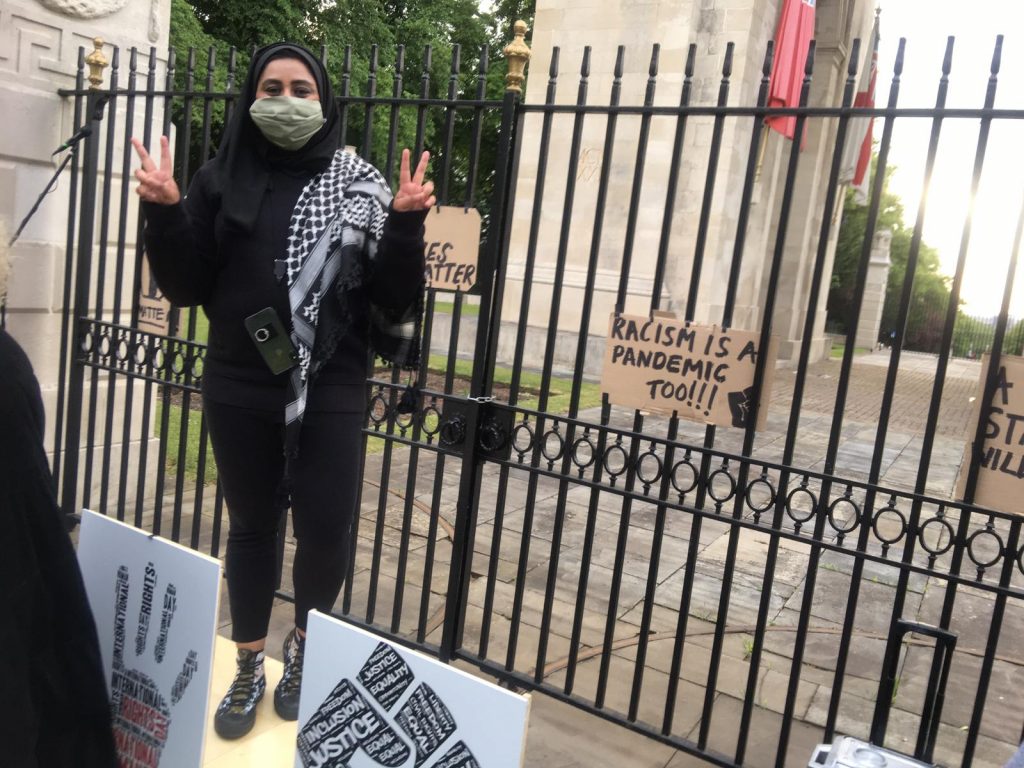 My speech from the day:

Peace and blessings to you all

In the name of God the most-high

Prophet Muhammad peace and blessings upon him addressed the nation in his final sermon and included:

I want to say thank you to everyone for joining us today for this vigil and say a special thank you to Tara for helping me organise today.

I am hearing cries of All Lives Matter not just Black Lives. This sounds amazing in theory and every single one of us here would love to say that we live in a world that really adopts this way of thinking, BUT If all lives truly truly mattered than we would not all be standing here today. All lives won’t matter until black lives matter and we have to make the changes in society to make this happen.

So why did I feel I need to be part of organising this today? Because I am South-Asian right!

Coincidently, myself and Tara met up last week at a social distance of course to go through some of my maternal grandfathers scrap book of newspaper cuttings, these were from the late 60’s and 70’s during his time as the president of The Coloured People’s Union and an activist fighting for the rights of ethnic minorities in the UK. While reading these articles we felt really deflated and started to question if there ever will be change?

Seeing people stand up for Black Lives since has ignited our hope and passion again. We have to work together to make sure that we are the last generation protesting against racism or in another 50 years time our children will be having the same conversation like my grandad did and we are now. Until today racism still exists and we have to fight it! We have to stand together against all oppression!

This is a memorandum that my grandfather wrote in 1969 – 51 years ago! It was an ‘End Racism’ demand that was submitted to the Heads of Commonwealth who were attending the Commonwealth Prime Ministers’ Conference that year, it’s signataries included organisations from

We have to understand in order to fight racism we have to fight it together! We have to draw out our list of End Racism demands and take these to government.

The fight can’t end here. Let’s mobilise and ask for real change. This is not black people vs white people issue, this is a everyone against racism issue.

I pray we can take this time to reflect and think about what each of us can do going forward so people don’t have to suffer or die due to their race anymore.

Quran tells me – stand up for justice even if it’s against yourself – and I am going to strive to do exactly that and I hope you will too. 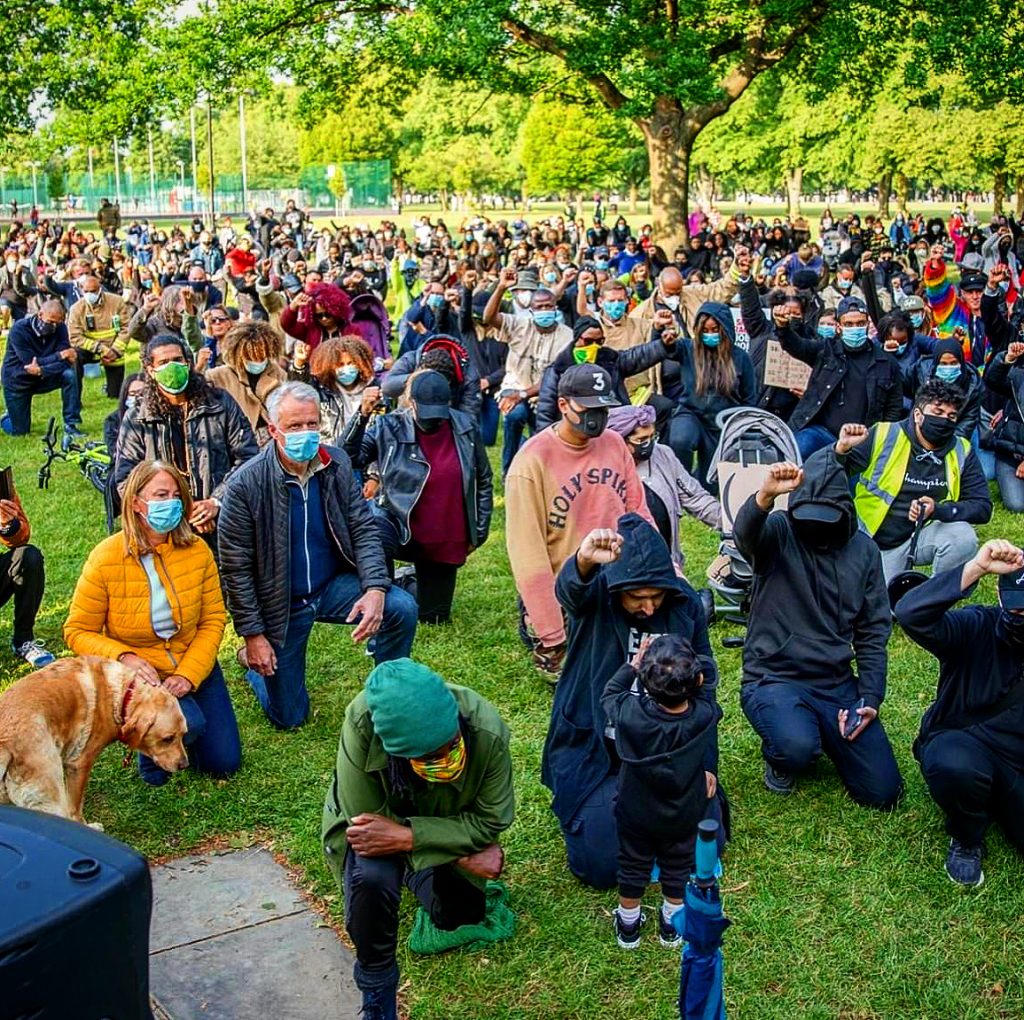 The fight is really not over and since this meeting I have been invited to participate in an advisory group along with other BLM protest organisers. There were three protests in Leicester over the course of that weekend. On Saturday the protest organised by a group called The Black Bloom had nearly 4000 people show, which I am sure is the biggest turn out I have seen for a protest in my city and to think this was in middle of a pandemic. Leicester Against Racism also head a protest on Sunday of the same week. We held our vigil on the Monday.

After the vigil I was introduced to The Race Equality Centre in Leicester’s (TREC) CEO Iris Lightfoote and I decided to see what more I can do to support the black community but also do my part in fighting racial injustice.