I recently was invited by Allah to visit the blessed land of Al-Aqsa again, exactly a year from my last visit. This time I really wanted to make a point of trying to walk around the Al-Aqsa Masjid as much as possible soaking in as many nooks and crannies of the masjid. I will discuss most of what I discovered in a few blog posts so bear with me.

Firstly, I wanted to start by saying Alhumdullilah for being invited again, one of the few things I missed off the first time I went was Imam Al-Ghazali residence in the grounds of Al-Aqsa. This time I decided to try and walk around the whole compound and discover things I missed the first time and this had to be on the list. We set out to find the residence late afternoon after it had been raining in Al-Aqsa all day, taking the rain to be a mercy from Allah we decided to go explore anyway.

The structure where Al-Ghazali lived while visiting the farthest mosque is directly behind the Golden Gate (we will go into more detail about this gate soon) it was a little structure with two doors facing us and then two arches as well as two domes. It said Al-Ghazali lived under the two domes and wrote one of his famous books, Ihya’ ‘ulum al-din (The Revival of the Religious Sciences) in this very dome area. It was fascinating to go visit a place where Al-Ghazali resided, his work has influenced some great ulama. 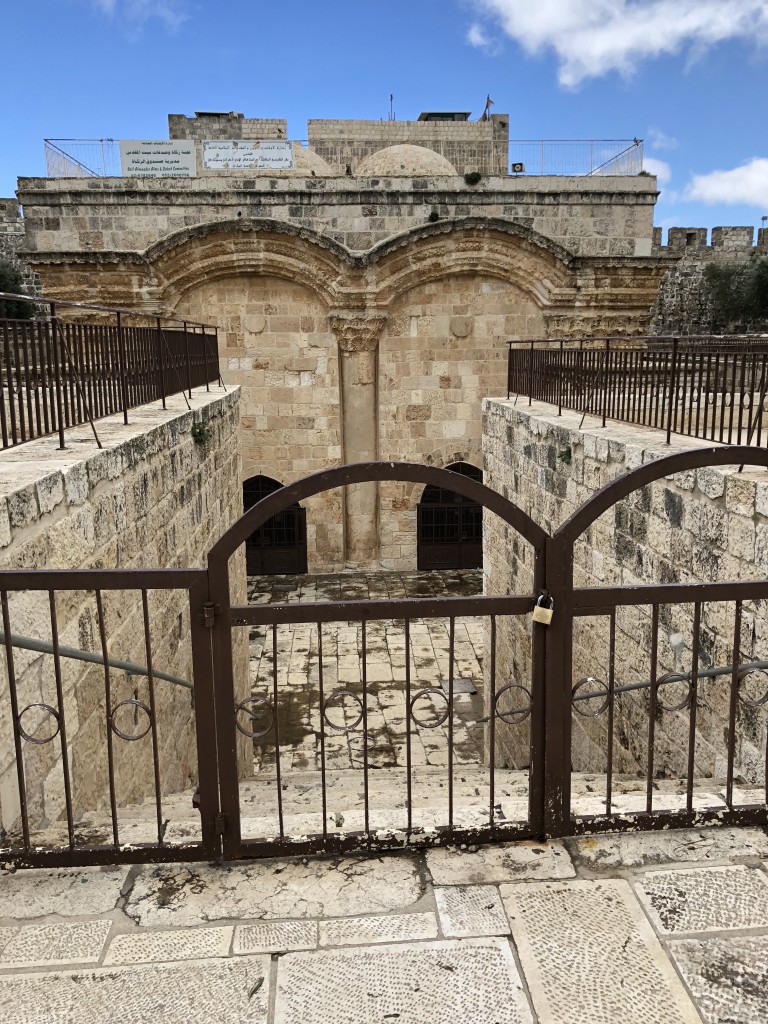 This particular structure was used by the Waqf for a while, but then was closed down by the Israeli government by claiming the Waqf were using the office to support terrorist organisations. Since then the building remains empty unfortunately. 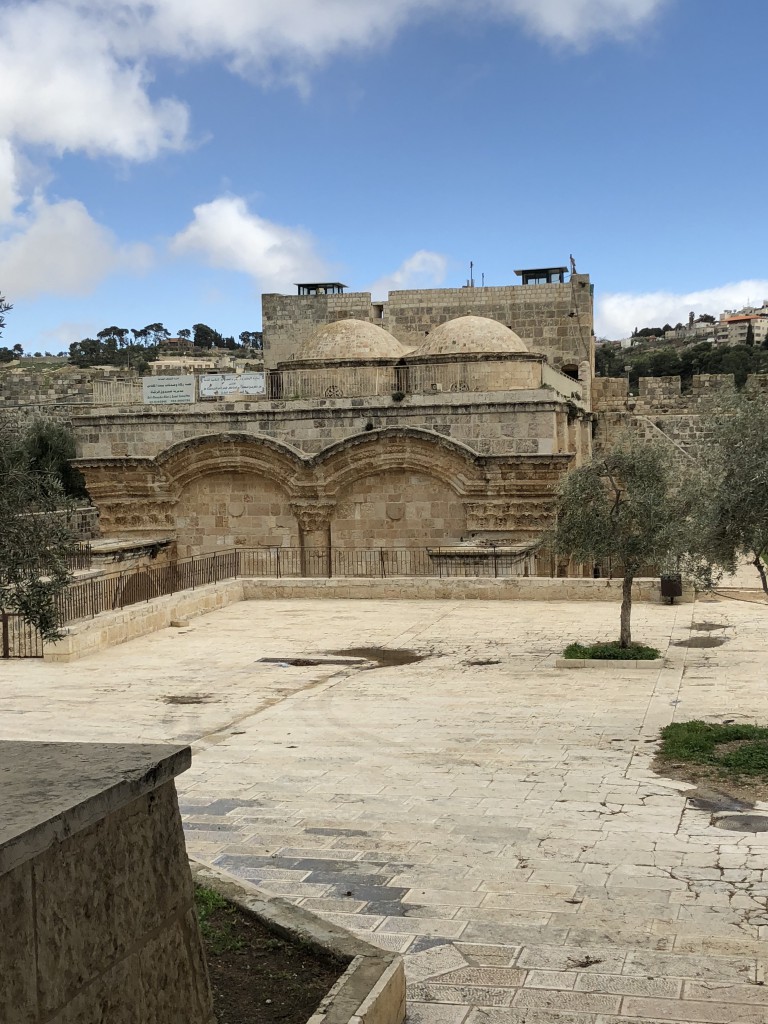 You are able to look around the outside and see what a poignant spot Al-Ghazali had to just reflect and write some of his most beautiful work. I will be covering more of my tour so look out for more information coming soon. After climbing just a few steps from the residence just take a look at the view of dome of the rock from this area masha’Allah: 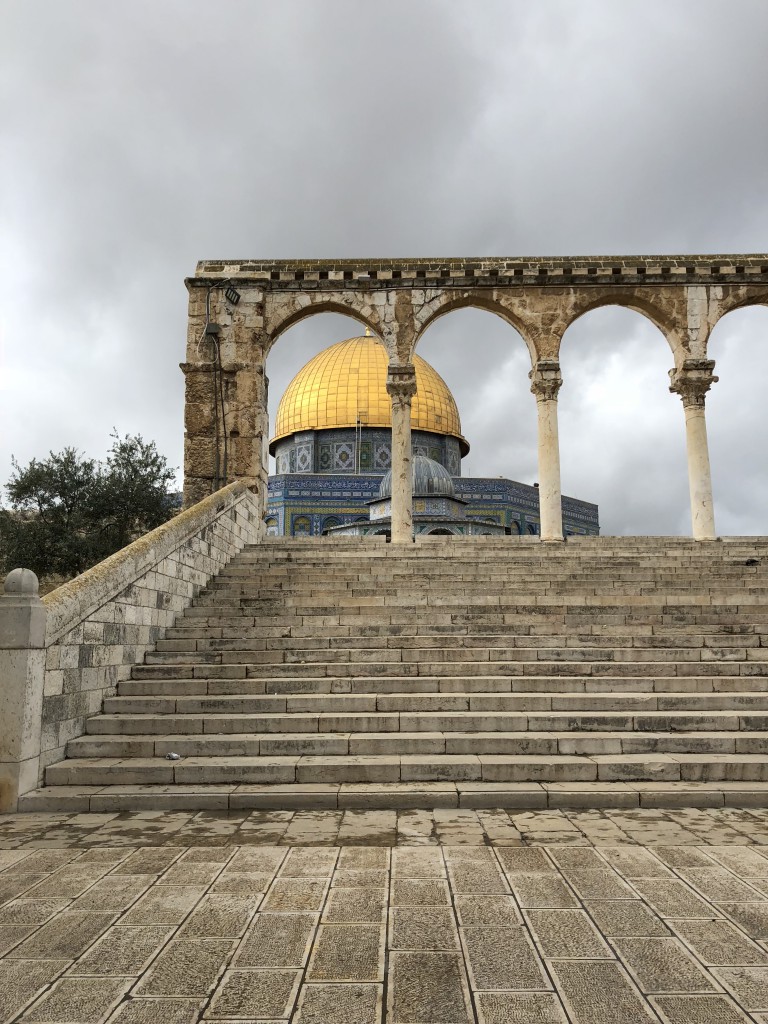 There was also a square named after him as you enter the compound at the Lions Gate. 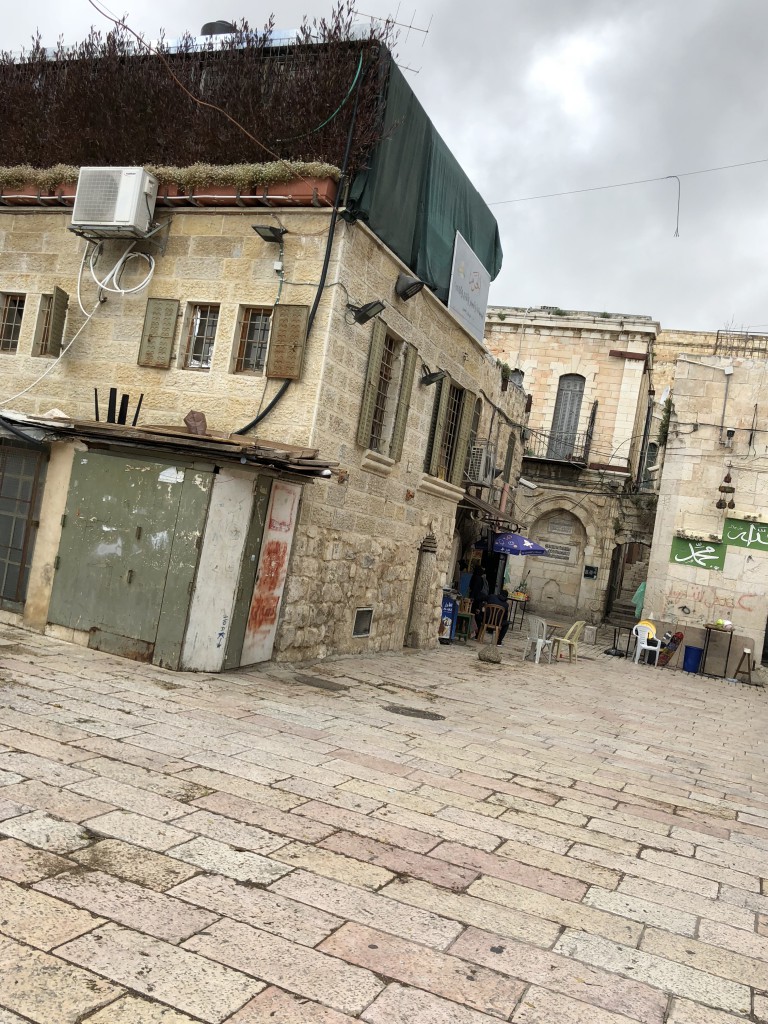 Who is Al-Ghazali? No matter how much I write I can’t do just to this man. Imam al-Ghazzali was fondly referred to as the “Hujjat-ul-lslam”, Proof of Islam, He is honoured as a scholar and a saint by learned men all over the world.
Al-Ghazali taught his followers to love and serve Allah, trust in Him and to do good. He enjoined them to realise that man can do nothing without the help of Allah ; but that should not be made an excuse to be lazy and indolent. Man possesses the freedom of choice as far as good and evil actions are concerned, but this freedom does not extend beyond certain limitations.
Imam al-Ghazali’s life was spent in self-sacrificing service of God and his fellowmen. He left behind him a fine example for all men to follow. Including authoring many books which are still used in teaching Islam today. 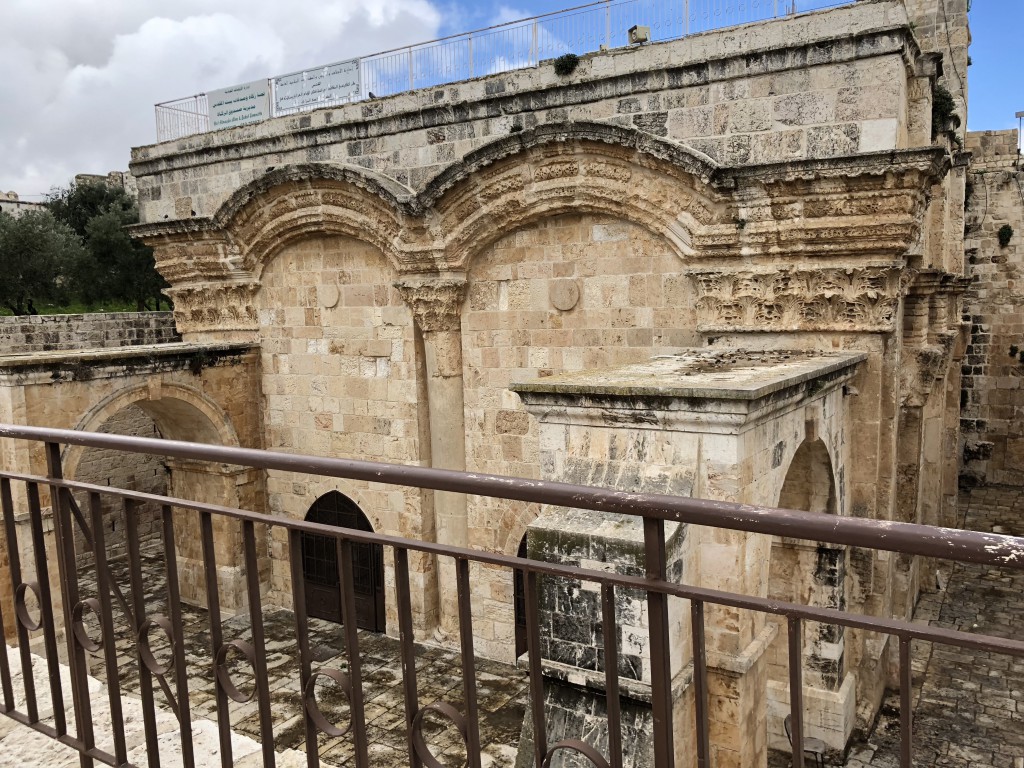 If you’re curious who I travelled with it was Zaarvel. You can read my blogs from my first visit to Al-Aqsa here: